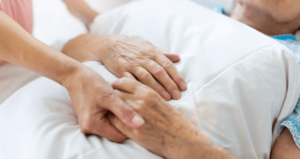 The unfortunate reality of nursing home abuse and neglect is that it is not always obvious — even to the victim. Of course, blatant acts of nursing home neglect and abuse occur, and they are particularly shocking and heartbreaking.

However, many instances of abuse and neglect go unnoticed, occurring over extended periods. This is especially true when the victim is disabled, declining cognitively, or already suffering from emotional conditions such as anxiety, depression, or post-traumatic stress disorder (PTSD).

These issues might prevent seniors from reporting or speaking out against nursing home abuse. Seniors may also not speak out because they fear staff members will treat them worse.

“Victims of mistreatment or abuse can be afraid to speak up, either because they’re afraid of retaliation or because they don’t want to get a caregiver in trouble.”

Being a vocal advocate for your loved one is often the only way to prevent nursing home abuse — or stop it if it is already happening.

Get Your Free Handbook

Physical elder abuse is the intentional use of force, including pushing, slapping or hitting, kicking, and burning. When a nursing home resident experiences injuries, pain, distress, or even death, physical elder abuse could be at play.

Physical injury to nursing home residents is typically the most apparent form of abuse. This is because you can usually see evidence of abuse on the body.

Signs of physical abuse include:

While some signs of abuse in nursing home facilities are obvious, others might be explained away as accidents. Therefore, it is important to look for patterns and signs of other types of abuse that could be taking place. This will help paint a picture of the true extent of the abuse.

Steps to Filing a Lawsuit

Signs of sexual abuse in nursing homes include:

Sexual elder abuse involves any form of unwanted sexual interaction. It could include sexual contact, penetration, or sexual harassment.

Financial abuse can be difficult to detect because it often involves manipulating the elderly person so that they give consent. Financial exploitation in a nursing home is sadly a common occurrence. Top warning signs include missing money or belongings.

Unlike physical abuse or nursing home neglect, which tend to be more obvious, emotional abuse is often subtle. It usually takes place slowly over time and can wear the resident down emotionally, psychologically, and physically. Even residents themselves may not be fully aware it is taking place. While it is difficult to notice emotional abuse at first, there are certain signs to watch for.

Signs of emotional elder abuse include:

Many of these behaviors are common with old age. However, if several of these signs are present and you notice a consistent pattern, it could indicate emotional elder abuse.

Neglect in nursing homes has gotten more attention in recent years, as it can be just as dangerous as other forms of abuse. Generally speaking, nursing home neglect occurs when a facility or its employees do not fulfill their obligations to properly care for residents.

Signs of nursing home neglect include:

Any of these examples could be red flags for a much larger problem. If nursing home neglect is allowed to continue, it can create life-threatening conditions, even leading to wrongful death.

It is important to understand that nursing home neglect is never acceptable, and you may be able to take legal action.

Actively Look for Signs of Nursing Home Neglect and Abuse

If your loved one is suffering from abuse or neglect in a nursing home, do not wait to take action.

What to Do If You Suspect Nursing Home Abuse

If you witness any signs of abuse in nursing home facilities, it is important to document as many details as possible. This includes taking photos and getting copies of medical records that may prove abuse or neglect.

If you or your loved one is in immediate danger, call 911 without delay. You may also wish to contact the Office of the State Long-Term Care Ombudsman in your particular state.

You may also be able to pursue legal action through a nursing home abuse claim. Filing a lawsuit with an experienced nursing home abuse law firm could allow you to access financial compensation. This money could be used to move your family member into a facility that properly cares for them.

Do not wait to take action — Nursing Home Abuse Justice patient advocates are standing by 24/7 to discuss your situation.

We can help you determine if you are able to file a case. Get started now with a free case review.