What Are Nursing Home Lawsuit Settlements?

A key step in recovering money after an injustice has taken place is to sue for nursing home neglect or abuse. Most of these cases end in settlements.

Nursing home lawsuit settlements occur after lawsuits have been filed by plaintiffs (victims of abuse and their family members) against the defendants (usually the nursing facility, its staff, and/or administrators). 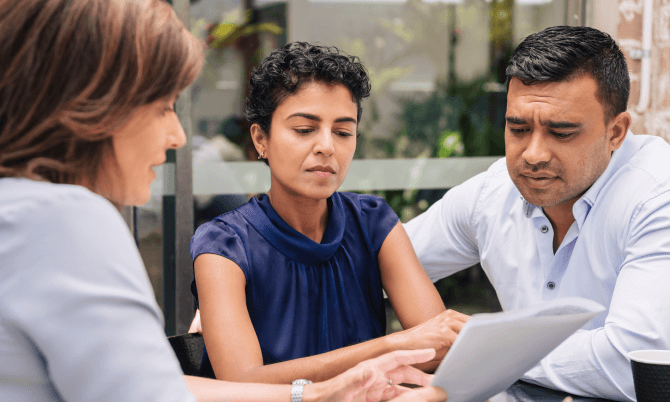 In nursing home lawsuit settlements, the defendants agree to pay the plaintiffs for the harm that was done. The case is then dismissed.

Settling the lawsuit often allows plaintiffs to receive compensatory damages relatively quickly and avoid going to trial, where either side could win the case.

Many lawyers will encourage clients to reach settlements, but the decision is ultimately up to the plaintiff.

Settlements do not take away the physical and emotional trauma that comes with elder abuse, but they can bring a sense of justice to nursing home residents and families.

Learn more about how nursing home settlements can help with a free case review.

Benefits of settling a nursing home abuse case include:

Some victims of nursing home abuse may seek a trial in order to receive more compensation. However, there is no way to guarantee a jury verdict will award more money than a settlement.

How Much Money Can I Get From a Nursing Home Settlement?

An 84-year-old resident in Illinois secured a $1.5 million nursing home negligence settlement. She had been severely burned after being placed in a bath that was too hot by nursing home staff members.

A family got a $1.2 million settlement after two staff members were caught on film pushing and attempting to suffocate a 96-year-old resident at a long-term health care facility.

A family was awarded $625,000 after their loved one choked on food while living at a nursing home in California.

A man’s wife got $346,000 through a nursing home neglect settlement case. The man didn’t get proper medical care while living in a nursing home, causing him to develop severe bedsores (also known as pressure ulcers) that left him gravely ill.

A man’s niece obtained $210,000 through a nursing home neglect settlement case. The man died after suffering from a staph infection and sepsis. The staff didn’t bother to inform the man’s family that he passed away until several months later.

A woman’s family received a $150,000 settlement after she was severely neglected in a long-term care facility. She fell multiple times in the facility and had to move to hospice care, where she died soon after.

We have successfully handled settlements across the U.S.
I want to file a lawsuit on behalf of my:

In addition to specific evidence and details of the case, the factors listed below may affect the amount of money a nursing home resident or their family receives.

In a personal injury lawsuit, the caregiver or nursing home is liable for negligence, abuse, or similar actions. In nursing home wrongful death settlements, the actions or inaction of the nursing home or staff members caused an older person to lose their life.

Jurisdiction
The state and/or county in which the abuse took place can help to determine where the case will be heard. Some jurisdictions will be more favorable to plaintiffs than others.

Settlement Amounts For Similar Cases
A precedent for nursing home abuse settlements may be based on previous cases, but they can also vary depending on the jury.

Plaintiffs have the option to settle their case before or during a trial. Nursing home litigation typically follows the same five basic steps, which are outlined below.

After the initial case evaluation, your lawyers may file a lawsuit against the nursing home or those who may be responsible. The defendants will then have to respond to the lawsuit.

If the defendants don’t respond, they may automatically lose the case. However, it’s likely that they will respond to explain why (in their opinion) they aren’t at fault.

Filing a lawsuit and seeking a nursing home abuse settlement can be intimidating. Thankfully, the process can be made easier with help from an experienced lawyer. Call (855) 910-6487 to get legal help right now.

Each party will begin collecting evidence that supports their side of the story.

This evidence may include:

Depending on the case, the plaintiff’s lawyer may choose to informally begin settlement negotiations or issue an official demand letter.

The demand letter explains why the plaintiff deserves compensation.The defense may choose to make a counteroffer. If they do not, the bargaining begins.

If the lawyers cannot negotiate a settlement, then a mediation begins with a private mediator or judge who works with the two parties. The mediator meets with both parties together and then separately to reach an agreement.

If the plaintiff accepts the offer from the defense attorney, then the case is settled. The attorney can send out their offer through email, phone, fax, letter, or a combination of the above.

Many nursing home abuse and neglect cases are settled out of court because it is generally less expensive than trying to secure a jury award through a trial. It can also save a lot of time that older victims of nursing home neglect and abuse may not have.

Get Legal Help to Secure a Nursing Home Lawsuit Settlement

Victims deserve the opportunity to receive compensation from a nursing home lawsuit settlement for the injustices they have suffered.

The first step that a victim of nursing home abuse should take to file a lawsuit is to find an experienced attorney.

Learn more about accessing nursing home settlements through legal action. Contact our team today to get a free case review and learn if you qualify.

How long does it take to settle a nursing home lawsuit?

It can take several months to reach a settlement in a nursing home abuse lawsuit. The timeline for how long it will take to settle typically depends on the negotiation process. Some lawsuits may reach settlements right before or even during a trial.

As your lawsuit progresses, your lawyers will let you know if and when to expect a settlement.

How much is a nursing home wrongful death settlement?

For example, a 74-year-old resident at an assisted living facility in Illinois shared a room with a younger resident with violent tendencies. The older resident died after being attacked and suffering serious injuries, and the family received $1.3 million in compensation through a wrongful death lawsuit.

A nursing home abuse lawyer can estimate how much money you’ll receive through a wrongful death settlement. Connect with a lawyer right now: call (855) 910-6487.

What is the statute of limitations for nursing home abuse?

The statute of limitations is the amount of time someone has to file a lawsuit. The time limit to file personal injury cases is usually 3 years or less.

If the statute of limitations passes in your case, you won’t be able to file a lawsuit or reach any type of settlement.

However, there may be other ways for you to access compensation. Speak to personal injury lawyers with experience in reaching nursing home lawsuit settlements to learn more.

How much is a nursing home lawsuit settlement worth?

Contact our team for a free consultation right now — learn how much money you may receive.