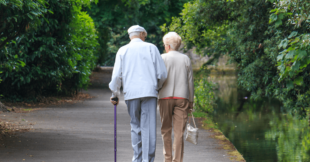 World Alzheimer’s Day is celebrated every year on September 21st. Patients, caregivers, and advocates come together and fight for the 50 million people globally who are living with Alzheimer’s or other forms of dementia. The organizers hope to use the day as a way to raise awareness of the condition and also to educate public officials, policymakers, medical professionals, and the general public.

What Is World Alzheimer’s Day?

Each year on September 21st, World Alzheimer’s Day is celebrated. It was created to help increase the level of awareness around Alzheimer’s disease. Organizers also use the day to raise money for research and improve the quality of treatments available for patients.

The annual celebration was established by Alzheimer’s Disease International in 1994. September of 2021 marks the 27th anniversary of World Alzheimer’s Day

Alzheimer’s disease is serious because its symptoms — memory loss and decline of other cognitive abilities — can severely impact one’s ability to take care of themselves.

Nursing homes offer a solution for older adults suffering from Alzheimer’s. These facilities are supposed to care for residents in need, helping them to age with dignity and easing the stress placed on their families.

Unfortunately, residents with Alzheimer’s may actually face a higher risk of nursing home abuse due to the symptoms of the disease. This is why it is so critical to make sure that residents with a form of dementia are supported and staying safe.

The organizers are also focused on influencing policymakers and scientists who can help find innovative treatments and hopefully a cure.

Nursing home residents with Alzheimer’s or dementia may be at higher risk of abuse in nursing homes. These individuals may fall victim to staff who take advantage of their cognitive impairments. This is something that happens disproportionately in nursing homes.

Further, people who live with dementia often cannot recognize or report the abuse due to memory loss or cognitive decline.

According to a recent study, 28% to 62% of nursing home residents with dementia suffered from emotional elder abuse. 3% to nearly 25% of dementia patients had been physically abused.

With abuse affecting such a large percentage of the community suffering from Alzheimer’s disease, it is absolutely vital that advocates, family members, and medical professionals understand the options for keeping elders safe.

Those with loved ones suffering from Alzheimer’s can celebrate World Alzheimer’s Day in a variety of ways.

Feel free to be creative and to create your own ways to celebrate as well. Make sure to note your celebration and contribution on social media by using the hashtag #WorldAlzheimersDay.

Since nursing home residents with Alzheimer’s may not be able to recognize if they’re being abused, it is important to look out for their well-being. This is especially true during World Alzheimer’s Month and Day, which seek to raise awareness so that those affected can be supported.

If a person you love has dementia and may be suffering from nursing home abuse, get a free case review today — financial compensation and support may be available. Your loved one deserves to live a life free of abuse. You can help them get the care they need.