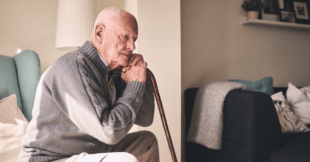 Elder abuse is considered a serious crime, but it often goes unreported. Older adults and their loved ones may be afraid that reporting abuse will lead to worse treatment. Thankfully, there are laws at both the federal and state levels to ensure punishments for elder abuse are carried out. Learn more about what to do if you are the victim of elder abuse or suspect it is happening to someone you love.

What Is Considered Elder Abuse?

According to the Centers for Disease Control and Prevention (CDC), elder abuse is any action (or failure to act) that puts a person over the age of 60 in harm’s way.

Common types of elder abuse are:

Pursue financial compensation now if your loved one suffered elder abuse in a nursing home. Start the process with a free case review.

Is Elder Abuse a Felony?

Some cases of elder abuse may be considered felonies. Whether elder abuse is a felony or a misdemeanor will depend on the severity of the crime and the state where it was committed.

While neglect may be considered a misdemeanor, violence and sexual assault could be felonies. Misdemeanors and felonies are both punishable by law.

Elder abuse is a serious crime. You must call 911 immediately if you know of a dangerous or threatening situation involving an elderly person.

What Are the Punishments for Elder Abuse?

Both criminal and civil laws exist to help prevent and punish elder abuse. Misdemeanor elder abuse is generally punished with fines or community service, and felonies could lead to jail time.

Law enforcement is trained to take all elder abuse claims seriously, no matter what kind of abuse has occurred. Further, state and federal laws are in place to hand out severe punishments for elder abuse.

Sadly, the U.S. Department of Justice (DOJ) estimates that only about 1 in 23 elder abuse cases are reported to the authorities.

This grim statistic shows why we need more rules that require people to report abuse. These are known as mandated reporting laws. Mandated reporters could be considered complicit and legally responsible if they do not report elder abuse under these laws.

Additionally, in 2010, the Elder Justice Act (EJA) was passed to help protect seniors from elder abuse. The EJA requires that long-term care facilities report suspected elder abuse or face fines of up to $300,000.

Many states have laws that are specifically designed to help protect older Americans. While the laws may differ, some states allow for stiffer punishments based solely on the victim’s advanced age.

Examples of punishments for elder abuse by state include:

Recognizing that cases of elder abuse are on the rise, officials are taking action across the country to protect the elderly population from harm. Learn about recent laws regarding punishments for elder abuse below.

Elder abuse is a crime and is punishable by law. It can occur in nursing homes or even in the victim’s home at the hands of friends and family.

While progress is being made to protect this vulnerable population, there is still much more to be done. Stricter punishments for elder abuse are certainly a start.

How to Report Elder Abuse

If you suspect elder abuse is happening, you must take action — the abuse won’t stop on its own. What’s worse, elder abuse can cause emotional, physical, and financial devastation. If you notice signs of elder abuse, take swift action.

Contact 911 if an elderly person is in immediate danger. You can also contact Adult Protective Services (APS) or file a report with a nursing home ombudsman (who protect residents).

You may also wish to seek justice by taking legal action. Money received in a lawsuit can help ensure your loved one is never harmed again. Connect with our team now for free and confidential case review to get started.